Dahod is a small town on the banks of the Dudhimati River in Dahod District in the State of Gujarat, India. It is said that it has taken its name from Saint Dadhichi, who had an Ashram on the bank of Dudhumati river. The city serves as District Headquarters for Dahod District. It is 214 kilometres (133 mi) from Ahmedabad and 159 kilometres (99 mi) from Vadodara. It is also known as Dohad (meaning "two boundaries", as the borders of the states of Rajasthan and Madhya Pradesh are nearby). Mughal Emperor Aurangzeb was born in the fort of Morbi in 1618, during the reign of Jahangir. Aurangzeb was said to have ordered his ministers to favour this town, as it was his birthplace.Tatya Tope, the freedom fighter, is known to have absconded in Dahod. He is believed to have lived his last days in this region. It was previously within the boundaries of Panchmahal District. The area of Godi Road/Godhra Road has been considerably developed, making the overall residence and commercial area very expansive. Urban Bank Hospital is situated here. The foundation stone for a dental college was recently laid by the trust of philanthropist Girdharlal Sheth. Dahod has been selected as one of the hundred Indian cities to be developed as a smart city under Prime Minister Narendra Modi's flagship Smart Cities Mission. 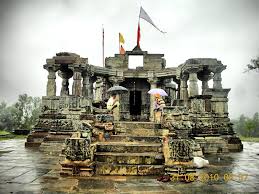